Discover the Healing Power of Sound

In addictions treatment facilities, research with the ZRO VibraAcoustic Wellness System™ chair has shown that after just three vibracoustic sessions, clients experienced a 65% decrease in their drug and alcohol cravings [Figure 1]. Using the audio therapy only clients experienced a 66% decrease in drug and alcohol cravings after a single session [Figure 2].

Theracoustic™ products were tested by U.S. military personnel at a combat support hospital in Tikrit, Iraq, between 2009 and 2010. Study participants who used the guided-meditation audio therapy saw a demonstrable improvement in the areas of mood disturbance, stress, anxiety and resilience. Positive sleep benefits were seen as quickly as first use [Figure 4]. 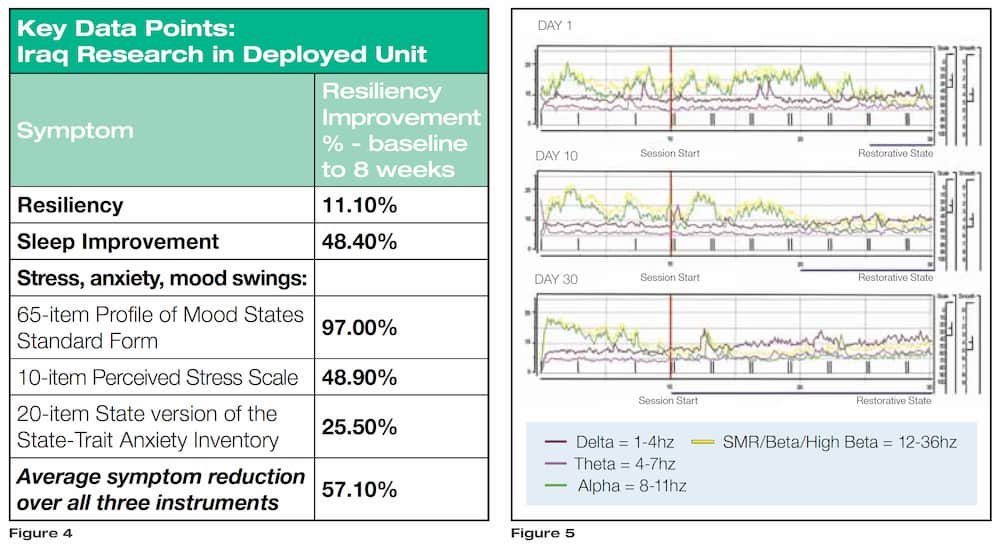 Theracoustic’s non guided audio therapy has also been shown in outcome studies to alleviate stress and insomnia in the general population. In such studies, reduced symptoms correlated with changes in EEG measurements [Figure 5]. In general, EEG studies have been useful in helping clinicians understand the way Theracoustic™ audio therapy’s benefits intensify with increased use.

Back to all posts